The most interesting recent implementations and prospects which await AR

It is very possible that 2017 will be declared the year of AR. Or at least, the entry of augmented reality into the homes of gamers. From Snapchat’s dancing hot dog to catching Pokemonów, after Apple unveiled ARKit – More and more user devicesów has the possibility and uses the AR. In addition, more and more brands are implementing this technology in their applications, and although the best years are still ahead of AR, we can already see interesting realizations – especially in commerce, but not only.

Commerce is one of the most competitive industries, but róalso the most generating and absorbing of novelties. Nowadays it is not enough to have a place and goods – Now, in the age of broad choice and the internet, people need to be attracted by innovation, convenience and personalization. AR is definitely an innovation.

A byte, but also a safety feature

An interesting approach to the use of augmented reality was taken by Nike. The sports giant had a problem with distributing limited edition sneakersów. At first, because of the confusion that was being created, they moved the sale of rare models entirely to the Internet. There they encountered other problems – middlemen have started using botóin order to buy limited edition shoes faster than regular people – after which they resold them on at multiple margins.

And this is where AR comes in. In June, Nike presented another limited edition sneaker seriesów, SB Dunk High Pro „Momofuku,” created with the help ofóincluding David Chang – a well-known restaurateur. The shoes were available on Nike’s SNKRS app (iOS version only), and could only be purchased using the new AR feature. To complete a purchase, you had to go to the product card these shoesów, click on a GIF and point the camera at the menu of Changa Fuku restaurant in New York. At this point on the screen should appear tróhe shoe model and the ability to complete the transaction. The application responded róThe difference is that it is not limited to large venues, but also to a digital version of the menu and special posters hung around the city – Which coolly used the potential of AR to interact with the real world and made the task a mini field game.

See before you buy

A natural use of AR is to use the technology to show us what would happen if… If I bought this couch and wanted to put it under the window, if I chose this dinner set and wanted to set the table with it, or if I wanted to see what I would look like in róThe screen should appear on the screen with a suit, without the need for a trip to the tailor’s.

And naturally, the biggest ones picked up on the idea right away. Ikea allows you to virtually place furniture, virtually anywhere. The U.S. version of the furniture maker’s app (unfortunately, róAlso available only on iOS) has over 2000 trór dimensional objectsów, whichór their arrangement, appearance, size, you can test in your apartments.

Amazon recently followed a similar path. The application of this e-commerce giant (yes, only on iOS) róalso lets you see what your goods would look like in an apartment. RóThe difference is that it is not limited to big objectsów, like Ikea, but has róeven small products – including Amazon’s own devices. This is a kind of curiosity, but if someone is interested in how a pot will look like in the kitchen, voilà. 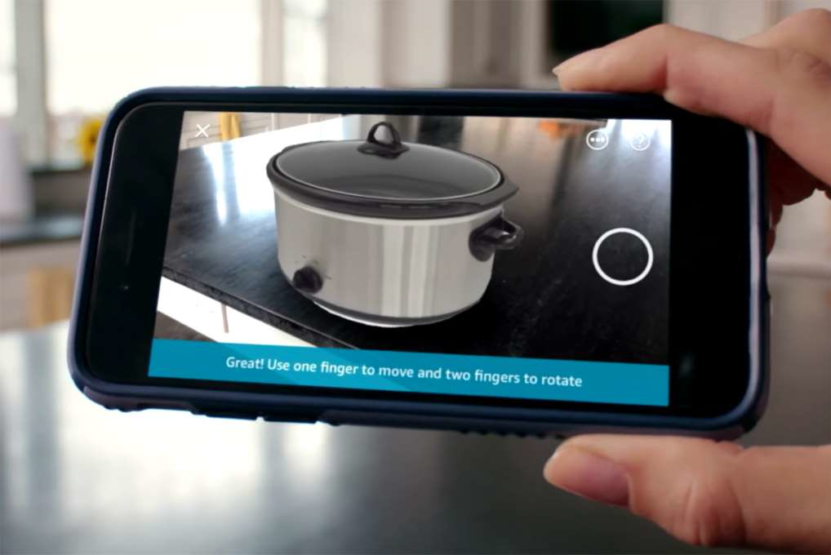 Facebook róThey also developed their product portfolioów about AR Studio – allowing developers to create multiple róAR is not only native applications of brands. Mark Zuckerberg boils AR down to three categories: overlays on the real world with additional information like. navigation directly on the road or restaurant reviews on its website, creating virtual objectsóon real ones, e.g. a virtual chessboard on a real table and extending or adding content to existing objectsóat e.g. a virtual beard on someone’s face.

Developers using AR Studio will be able to pull data from several sourcesóobjects – face tracking (but no identity recognition), phone sensors (like a gyroscope or location), and an API that allows you to pull information from other apps. The first partners have already started using these capabilities and so Manchester United fans will be shown match statisticsóin and the shouts of the crowdóEA has created a virtual mask reminiscent of Mess Effect that pulls in player stats. Nike, on the other hand, allows you to put a digital armband on your head, so you can check your recently run route.

I found one implementation on the Facebook platform, very modest, but still using the benefits of AR. On top of that, it was connected to a bot. Estee Lauder, article manufactureróIn the make-up phase, it allows you to test the rócoloróin lipsticks before buying them. I couldn’t resist. 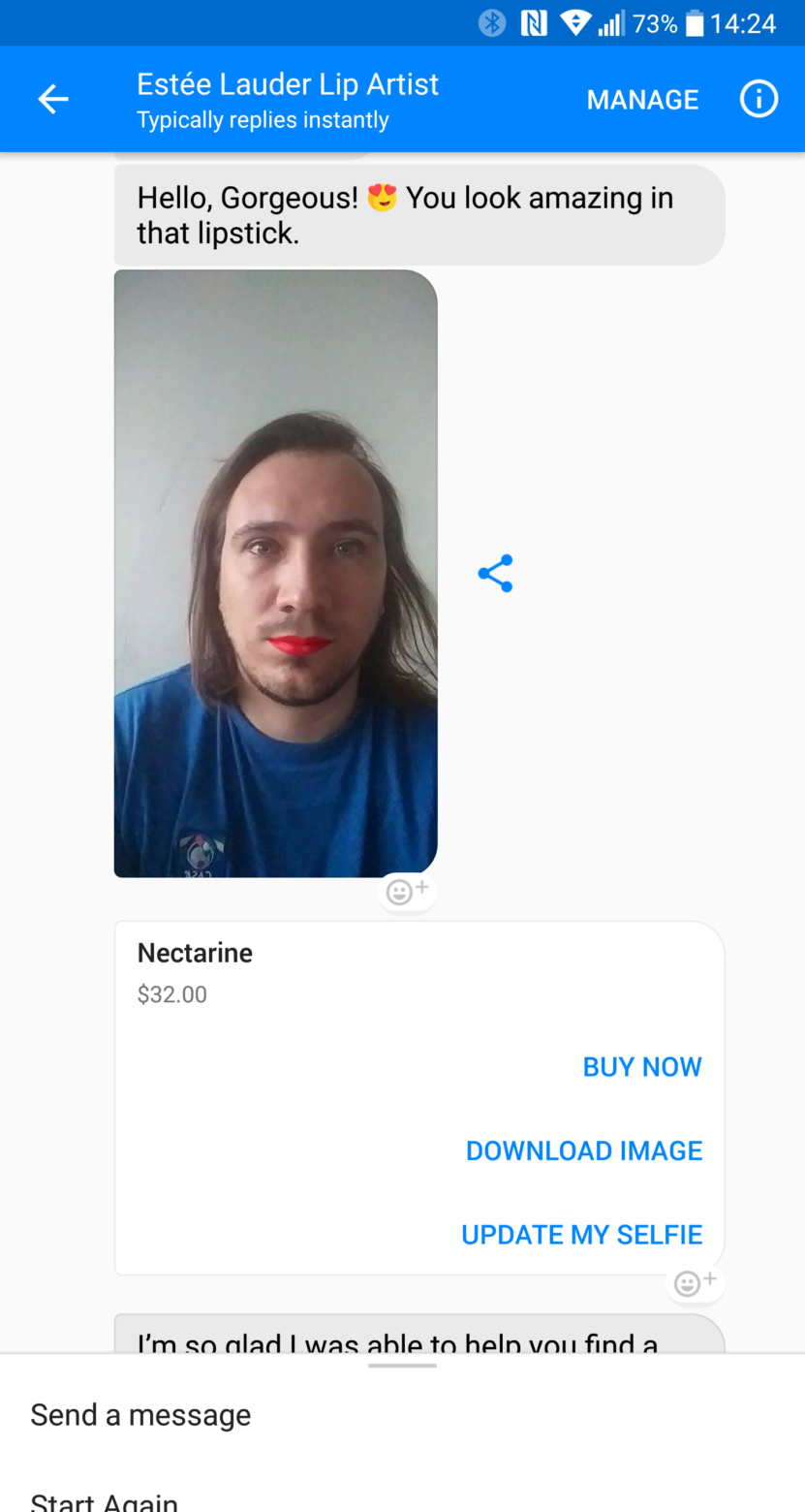 AR – another technology thatóra will make our lives easier?

The potential of AR is huge, I have an impression that we are just starting to get to know it. It’s easy to imagine combining the AI technology behind intelligent assistants, with the way AR recognizes the world and images. Will this combination result in an intelligent being that not only knows what it sees, but also understands it and can react to it?